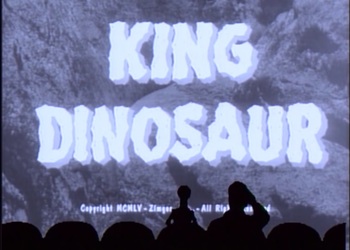 X Marks The Spot is notable for being the first short film featured on the show that was not an episode of a Film Serial such as The Phantom Creeps or Undersea Kingdom.

The Mystery Science Theater 3000 presentation of King Dinosaur has examples of:

The Mystery Science Theater 3000 presentation of "X" Marks the Spot has examples of: