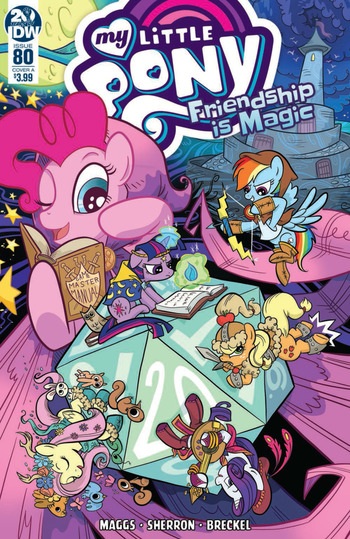 "Get ready to roll a natural 20 as Pinkie Pie and the rest of your favorite ponies gear up for a live-action role playing game for the ages! With elaborate costumes, captured princes, and one of Pinkie's famous pies on the line, you can bet things are going to get crazy! Gear up for a fantastic adventure with your favorite ponies!"