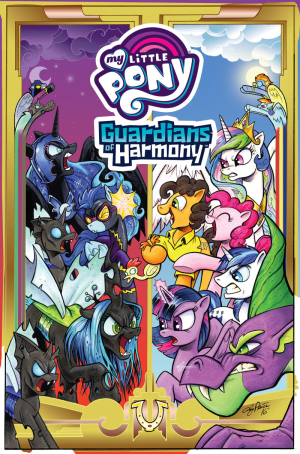 You know they've brought out the big guns when Cheese Sandwich has his rubber chicken at the ready.

The book consists of six different stories tied into a larger narrative about an attack of Queen Chrysalis and the changelings against Equestria.