The unscrupulous Wen Clan ran rampant, unleashing living hell on earth. The righteous among cultivation clans launched the Sunshot Campaign, uniting in the war against the Wen Clan.
The Yiling Patriarch, Wei Wuxian, distinguished himself in many notable feats during the Campaign. But his fearsome demonic cultivation drew much suspicion, escalating into a malicious plot against him, leaving his reputation in ruins. His hideout was vanquished by none other than his dearest shidi, while his mortal self was eradicated from this world.
— The opening narration

This is the recap page for the animated adaptation of Mo Dao Zu Shi, including its Lighter and Softer spinoff. Beware of unmarked spoilers. 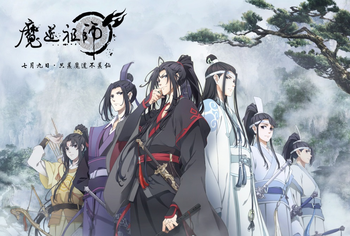 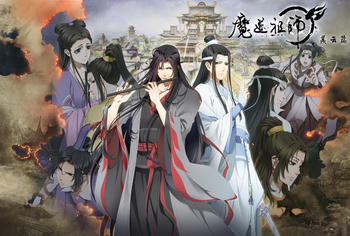 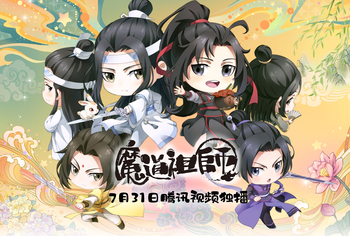