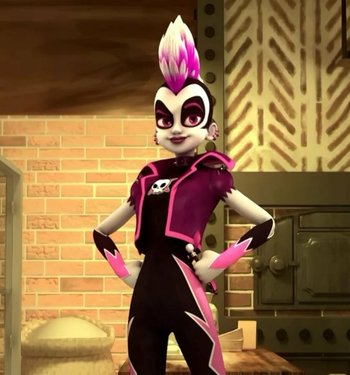 There's no more Penny to deal with all your problems, Jagged! From now on, there's only Troublemaker! And I'll make your life nothing but problems!

Marinette convinces her parents to let Jagged Stone film a TV show in their bakery, but when shooting moves to her room, things get out of hand.