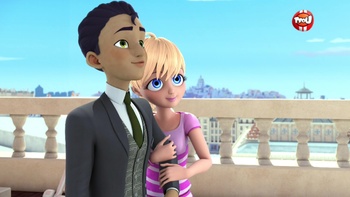 I just wanted to let you know you are most kind-hearted person I have ever met!

Chloé and Rose compete for the affection of the visiting Prince Ali, driving the latter to become the villainous Princess Fragrance when Chloé mocks Rose's efforts. Meanwhile, Tikki catches a cold and Marinette has to find a way to treat her.