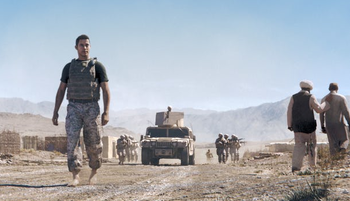 An American Marine stationed in Afghanistan tries to sniff out an enemy. Based on the short story "On the Use of Shape-shifters in Warfare" by Marko Kloos.