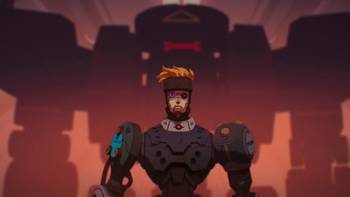 "The target is in the blind spot. You got till it reaches the other side of the tunnel to get in, - make the grab and get out."
Advertisement:

A group of cyborg thieves perform a high-speed heist under a tunnel.