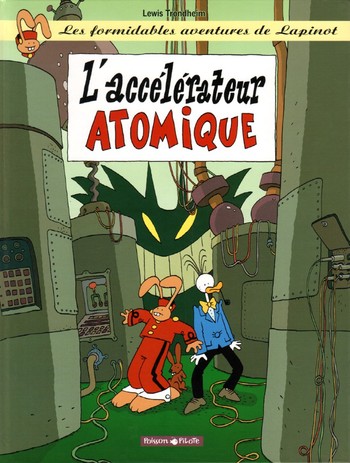 L'Accélérateur atomique is a 2003 comic book by Lewis Trondheim. It is the ninth album of The Spiffy Adventures of McConey series.

The story parodies Spirou and Fantasio. Spirou (Lapinot) and Fantasio are in a jeweller's shop when in an instant all the jewels disappear. Spirou has noticed a van in front of the shop and he immediately chases it.