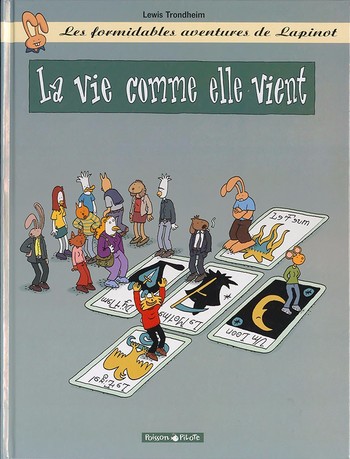 La Vie comme elle vient is a 2004 comic book by Lewis Trondheim. It is the eighth album of The Spiffy Adventures of McConey series, even if it was published after the ninth album, L'Accélérateur atomique. It is set in the present-day. Nadia invites friends for a party in her flat. One of the guests is a tarot card reader. She predicts someone will die.