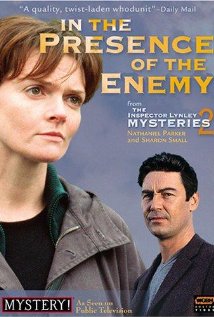 Those Puppy-Dog Eyes are beginning to show signs of devotion to a certain colleague...
Lynley: [urgently] Look, Sergeant Havers is there with the suspect. I'm on my way. Get the local force.

Charlotte, the secret love-child of black, left-wing MP Eve Bowen and conservative editor Dennis Luxford, is kidnapped. The ransom note requires Luxford to publish the details of his first-born child within three days if he wants to see Charlotte ever again. Fearing publicity, Luxford enlists the help of his friend, police profiler Helen Clyde, under the condition of strictest secrecy. Helen agrees, but within the night, Charlotte's body is found in a canal. Lynley is horrified to know that Helen knew of the case but didn't inform the Police. His relationship with Helen comes to a stand-still.

In the meantime, Havers takes on Detective Constable Robin Payne in the investigation. They get along very well, almost too well to be just colleagues. However, neither Lynley nor Havers can afford to waste time on their evolving personal lives, since Charlotte's kidnapper and killer won't rest until the story of Luxford's first born is published - even if it means kidnapping and killing more children.