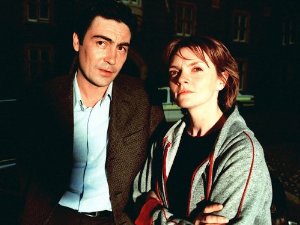 "One tug on the old school tie and you come running, eh, sir?"
Thomas Lynley: I wanted you here because you'll come to the school with fresh eyes - without prejudice.
Barbara Havers: Without prejudice? Apart from my opinion that a system which dumps kids with relative strangers is fundamentally rotten?

Twelve-year-old Matthew Whateley, a pupil at the prestigious boys' school Bredgar Hall, is found dead and mutilated in a cemetery. Lynley, who went to Eton with one of Bredgar Hall's housemasters, decides to take Havers along to investigate, since she can look at the institution with fresh eyes. As they probe into the truth, the school's respectable facade of "proper" British upbringing begins to crumble to reveal a subculture of blackmail and oppression, of which Matthew isn't the only victim.