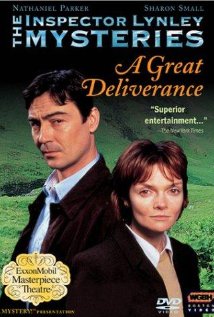 Whoever said first impressions are correct?
Barbara Havers: Parents are supposed to take care of their kids, aren't they?
Thomas Lynley: That's the theory.

The pilot episode, in two parts. Detective Inspector Thomas Lynley, eighth Earl of Asherton, is introduced to Detective Sergeant Barbara Havers as they are assigned to a murder investigation in Yorkshire, where farmer William Tey has been found hacked to death in his barn. Tey's 16-year-old daughter, Roberta, who witnessed the event, is now mute with shock. The principal suspect is Tey's nephew, Richard, who stands to inherit the farm. Lynley and Havers have to overcome their personal troubles, mutual animosity, and a hostile local police force to try and solve the case.