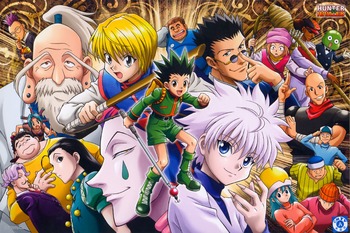 After years of training, Gon Freecss sets off to take the Hunter Exam, known for its extremely high difficulty and rate of death, for a chance to become a hunter and locate his father. It is there where he meets Killua, Kurapika, and Leorio.