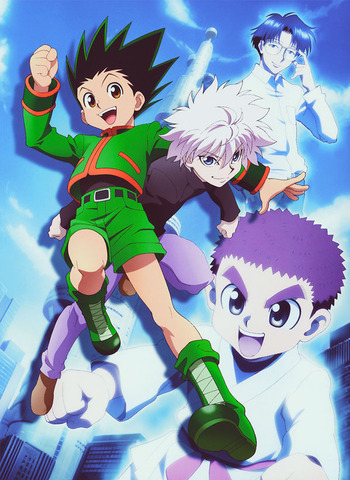 After learning from Hisoka that he will make an appearance at the upcoming auction in Yorknew City in several months, Gon, Killua, Kurapika, Leorio promise to meet again once that day comes. To prepare themselves, Gon and Killua arrive at Heaven's Arena, where they will learn the true final step of the hunter exam; the study of Nen.