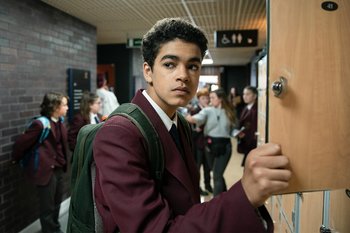 Lyra and the Gyptians travel farther north with Scoresby and Iorek to seek the kidnapped children. The alethiometer signals Lyra to go to a nearby fishing village: the Gyptians reluctantly allow her to go after Iorek agrees to take her. In an alternate world, Will Parry looks after his mentally ill mother, Elaine, while attending high school. The Parrys are stalked by Thomas and Father Boreal, who are seeking information about Will's father, John Parry. Elaine gives Will his father's letters, explaining his disappearance. Boreal determines that John has been travelling through the Multiverse ever since his disappearance from the alternate World thirteen years earlier; evidence could be found in Will's home. Farder Coram meets with Serafina Pekkala to discuss the Multiverse and a coming war. Lyra and Iorek arrive at the fishing village and find Billy Costa, who has been surgically separated from his daemon. They return Billy to his family, but he dies soon after. A Samoyed raiding party capture Lyra and bring her to Bolvangar, the Gobblers' base.