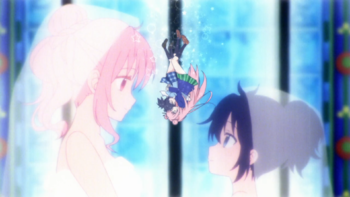 Satou and Shio prepare to leave their "castle" while in the meantime, Asahi is quickly advancing towards finding them.

This recap provides examples of: