Recap / HTF Ive Got You Under My Skin 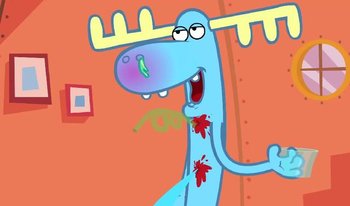 "It's what's inside that counts!"

Sniffles shrinks down to microscopic size to help heal a sickly Giggles, but accidentally goes inside Lumpy.

"I've Got You Under My Skin" contain examples of: