Recap / HTF As You Wish 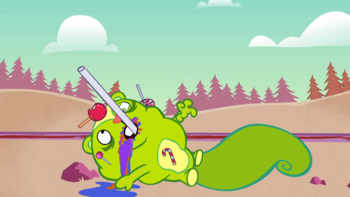 Nutty clearly biting off more than he can chew.

Lifty and Shifty race all over the town to find the magical wish-granting genie, Lumpy. Meanwhile the tree friends make all sorts of terribly worded wishes.