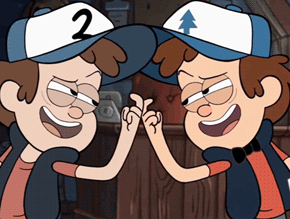 When Stan throws a big weekend party to promote the Mystery Shack, Dipper uses an off-kilter copy machine to make clones of himself so he can impress Wendy. Meanwhile, Mabel stands up for her two friends and fights for the Party Queen title in their honor, instead of having the popular girl and her group win.