Recap / Gravity Falls S1E2 "The Legend of the Gobblewonker" 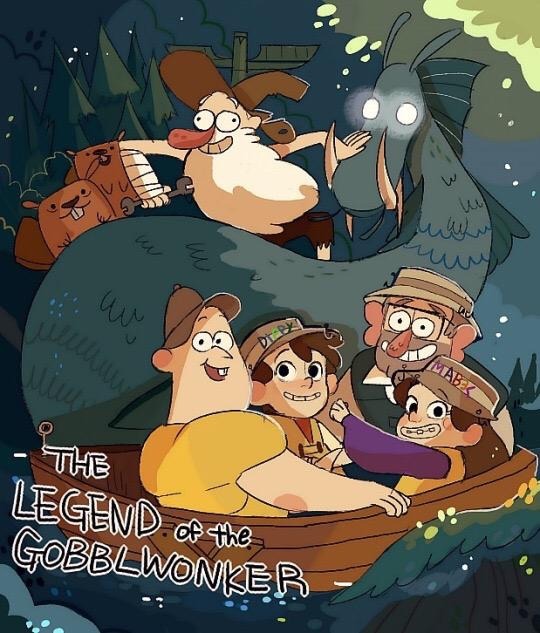 Grunkle Stan wants to bond with the twins by taking them out fishing. Dipper and Mabel are bored already by the mere prospect of sitting in a boat for hours...and they jump when they hear rumors of a dreadful monster living at the bottom of the lake. Dipper's thirst to investigate and categorize the paranormal (possibly winning fame and lucre along the way) takes hold, and armed with over a dozen cameras, a boat to Scuttlebutt Island, and Soos, he and Mabel set out to track down... the mystical Gobblewonker!

Meanwhile, Stan denies his disappointment and tries to have fun by himself—by telling awful jokes at inappropriate times.