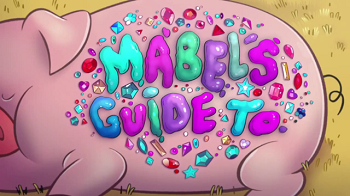 All you'll ever need to know.

The second series of Gravity Falls shorts, which began airing on February 3rd, 2014. They center on Mabel and her educational videos on various aspects of her life. And they are:

Tropes present in these shorts: