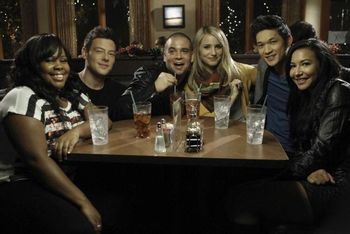 ...and I'm thankful for you guys being back

New Directions prepare for and perform at Sectionals with dramatic results. They are helped by some of the glee club's graduates, including Quinn and Santana, who are home for the Thanksgiving holiday, resulting in new friendships and the flaming of old rivalries. Rachel and Kurt celebrate Thanksgiving in New York and Kurt starts to mend his relationship with Blaine.

Next Time: The fallout from Sectionals, plus the most visually revolting moment in Glee history. And that's not hyperbole.