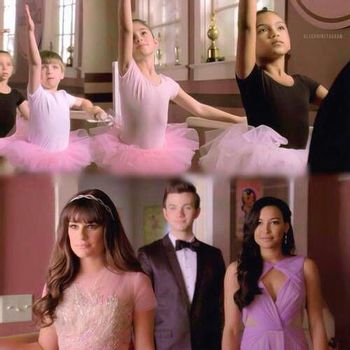 This is so much cuter than the rest

When the power goes out at McKinley High, Will forces the members of New Directions to "unplug" and perform acoustic numbers. While this happens, Ryder continues his long quest to discover who Katie is, along the way revealing a secret to the Glee Club leading to Kitty and Ryder's friendship to grow while Sue finds herself living a great life after being fired, becoming a training coach at a local gym, but Becky awaits her return and decides to tell Principal Figgins what happened. Meanwhile, in New York, Isabelle Wright asks Kurt to volunteer at the Vogue.com charity event, with Rachel and Santana in tow and while there, Santana finds herself.

Next Time: The most wonderful of tributes.