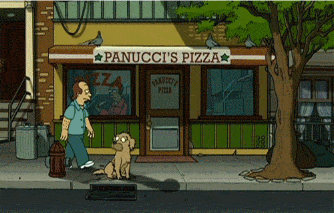 You may start crying.

Fry goes to a museum exhibit about Old New York City life and discovers that his dog, Seymour, has been fossilized and can be revived via 31st century technology, but Bender grows jealous and tries to sabotage the reunion.

A fan favorite, the episode is notorious for its incredibly tragic ending which earned the showrunners a considerable amount of hate mail (yes, really) from devastated fans.