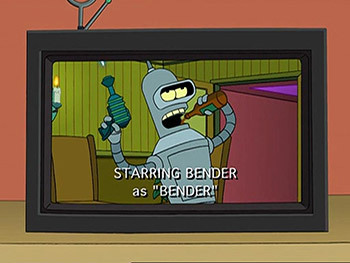 After a child acting unit has a (literal) breakdown during a live taping, Bender gets a part on All My Circuits, and his unashamed antics quickly make him an idol. But when children start imitating him, it doesn't take long for parents to start complaining.