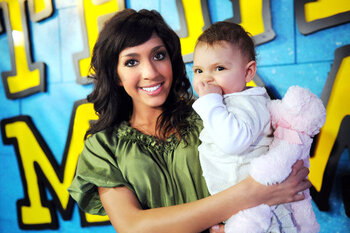 Farrah Abraham is a 17-year old cheerleader from Iowa. She's discovered that she's pregnant with her ex-boyfriend, Derek Underwood's baby. She decides not to tell him about her pregnancy after he sends her threatening text messages. In 2009, Farrah gives birth to her daughter, Sophia Laurent. After the birth, the episode focuses on Farrah's struggles with parenthood, her relationship with her own mother, Debra and not having her own car to get around.

Farrah was later cast in the spin-off season, Teen Mom (later renamed Teen Mom OG). During her initial episode, it wasn't revealed that Derek had sadly died in a car accident before Sophia was born however, it's featured in her segments during Teen Mom. Farrah later began an on-off relationship with real estate broker, Simon Saran and also appeared on the UK version of Celebrity Big Brother.