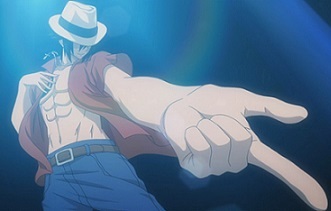 Annie are you okay? You've been hit by a smooth criminal!
Advertisement:

A filler arc set after the Grand Magic Games Arc. Opening the Eclipse Gate in the previous arc seems to have unforseen side effects in the Celestial Spirit world, turning the personalities of the spirits hostile who seek "true freedom" from their owners. It's up to Fairy Tail to find out what's causing this change and how to reverse it.

This arc has the following tropes