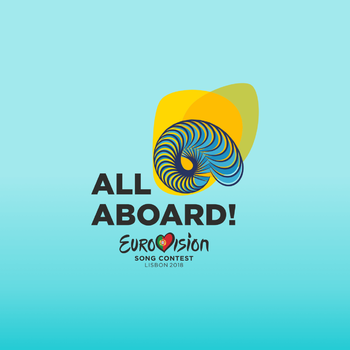 The 2018 edition of the Eurovision Song Contest was held in Lisbon, Portugal from 8 May 2018 to 12 May 2018. The slogan for this year was "All Aboard!", not only reflecting the contest's vision of bringing nations together through music, but also alluding to host Portugal's long, proud history of maritime exploration.

Notable events include Azerbaijan, Russia and Romania not qualifying for their very first time, a heckler invading the stage during the UK performance and wrestling the microphone from SuRie - leaving her to stand idle for a moment before taking the microphone back and confidently bringing the song to a close -, and a bigger example of Critical Dissonance than the earlier years.

Netta won the competition, representing Israel with the song "Toy". This was Israel's fourth win overall, the first since Dana International back in 1998 and the first with a song in English.

Tropes seen during this year's contest include: