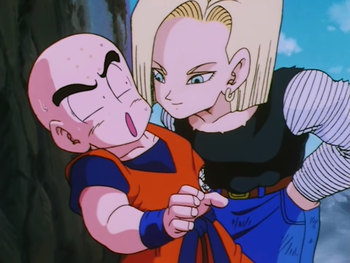 Forget Android 17's threat. We already know they're totally gonna do it.

The story races through the Android Saga to the appearance of Cell.