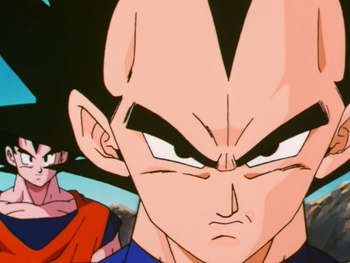 With Cell on the loose, and the Androids still hunting for Goku, things are looking bleak especially since there are no Dragon Balls now. Fortunately, Goku wakes up from his heart attack and plans to do something about their situation.

You get back up, and you eat those tropes: