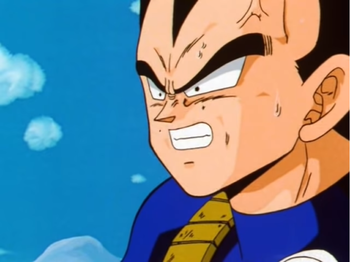 As Cell runs off to search for a city to devour, Krillin and Trunks go back to Dr. Gero's lab to find anything more on the Androids.

"That was fun. We should hang out more."