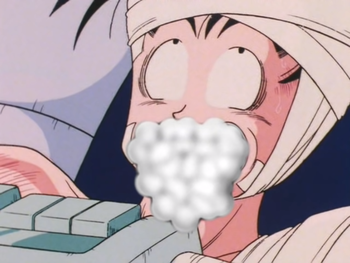 Not sure Clorox was a great idea as an "alternative medicine". Not like Goku had many brain cells to work with, even before the battle with Vegeta.

With most of the Z-fighters dead, the remaining heroes recover at the hospital. Until Mr. Popo shows up and provides them with the means of going to Namek and using their Dragon Balls.