Recap / Doctor Who S39 E4 "Flux Chapter Four: Village of the Angels"
aka: Doctor Who S 39 E 4 Village Of The Angels 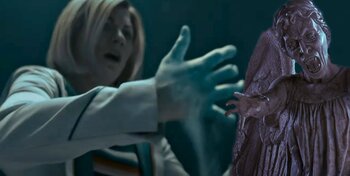 The terrifying birth of a Time Lady-Weeping Angel. And this time, it sticks.
Advertisement:

The one where the Doctor finds more in common with the Weeping Angels than she wanted.

Alternative Title(s): Doctor Who S 39 E 4 Village Of The Angels