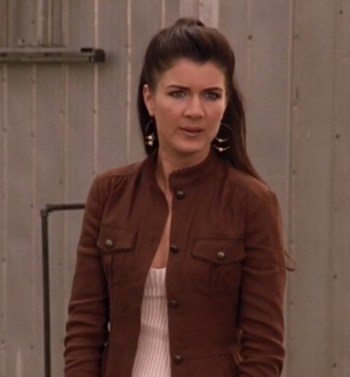 A Plot: Lacey is upset when she discovers that Karen borrowed her jacket without asking. While discussing it, Karen admits she assumed they had the kind of friendship where they can borrow things without asking. Unsatisfied with that answer, Lacey starts borrowing things from Karen to prove a point. However, Karen is equally as stubborn, and the two begin a long game of chicken where they borrow increasingly important things from each other to try and make the other crack.

B Plot: Brent reveals that he has never seen a scary movie. His parents are determined to "turn him into a man" by showing him one, and Wanda tags along to witness his reactions. When they finally watch one, Brent doesn't seem bothered while Oscar, Emma and Wanda are the ones scared out of their wits.

C Plot: Hank realizes he never seems to have the things he needs close by, so he starts wearing cargo pants with lots of huge pockets to carry as much stuff as possible. This proves more burdensome than he'd hoped, as the pants bog him down and take over his life.