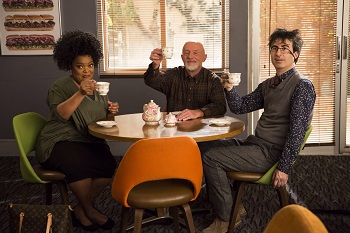 As Subway begins to finalise their plans to purchase the Greendale campus for their own Subway University, the study group members contemplate the end of an era. Dean Pelton & the Save Greendale Committee search for the old computer lab, which was sealed off years ago by the school's first Dean, Russell Borchert.