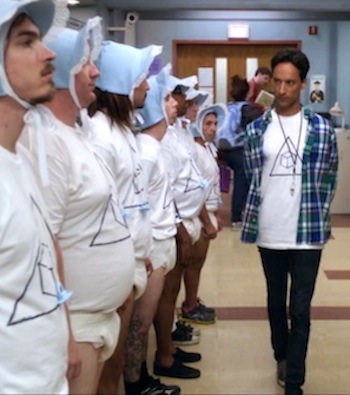 The Community episode "Economics of Marine Biology" provides examples of: