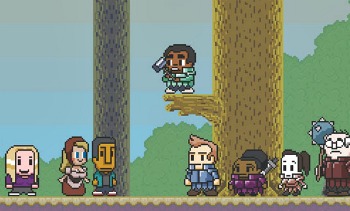 Pierce is summoned to a remote facility by Gilbert Lawson (Giancarlo Esposito), the executor of his father's estate. Instructed to bring seven of his closest friends, he brings the study group (LeVar Burton was a maybe), only to find a multiplayer gaming console set up waiting for them. It transpires that the last wish of Pierce's father was that he and his friends play a very special video game programmed specifically for Pierce... one which, if he and the group fail to win, could see him left with nothing. And Gilbert seems very intent on making sure he loses...