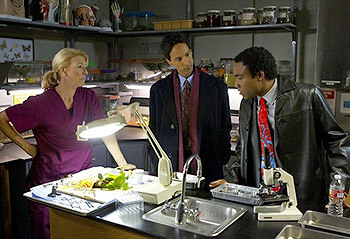 "Greendale Community College is represented by two separate yet equally important types of people; the goofballs that run around stirring up trouble, and the eggheads that make a big deal about it. These are their stories."'

When the study group's final project for biology is destroyed and they risk receiving only a passing grade, they spring into action, launching an investigation into the 'murder' to find the culprit, see justice served and do better than a C.