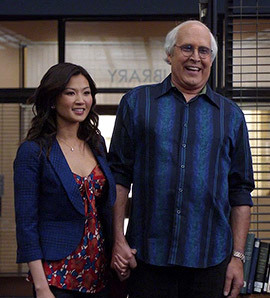 The gang picks their spring quarter electives. Jeff and Pierce sign up for Italian Wine Tasting, where they meet the lovely Wu Mei Hong Long. Troy and Britta take an acting class and are instructed to share painful emotions from their past, which proves difficult for Troy. Meanwhile, Abed takes "A Critical Analysis of Who's the Boss?" taught by the person who wrote the book of the same name; however, Abed's theories about who the 'boss' was turn out to be surprisingly controversial..