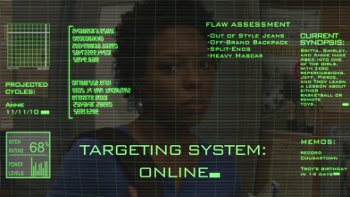 Current Synopsis: Troy and Jeff discover a hidden trampoline of tranquility and Pierce will stop at nothing to learn their secret. Meanwhile the ladies enroll in a Women Studies course and Abed tags along. When the ladies are humiliated by a clique, they use Abed's ability to analyze humans to get revenge. This may be too much of a good thing in both situations.