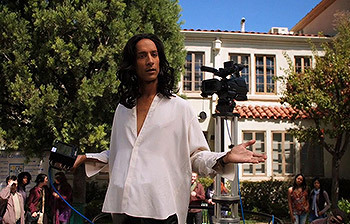 Concerned about a lack of what she considers to be wholesome entertainment, Shirley sets out to make a religious film and asks Abed for help. However, Abed is consumed in the project, which evolves into a gratuitously metafictional study of the relationship between Jesus and God, with Abed himself in the starring role. Shirley worries about the blasphemous implications while Abed sweeps the rest of the school into his vision.

Meanwhile, Pierce grows fed up with being the "child" of the study group despite being the oldest member and joins the "hipsters", a trouble-causing clique of other senior citizens.