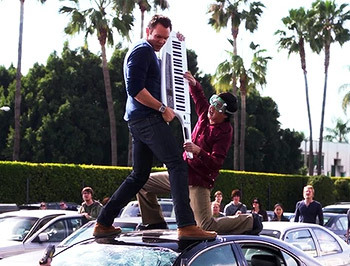 The study group is studying for finals when a secret about Chang is uncovered that threatens to cause everyone to fail. Meanwhile, Troy discovers a hidden talent for plumbing which, much to his mystification, everyone seems to think is worth dropping out of college for.

The Community episode "English as a Second Language" provides examples of: