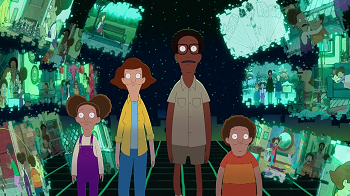 When Elwood forgets the password he created for the Tillerman's external hard drive (which contains the family's photos, videos, and important documents), Owen, Molly, and Cole try to help Elwood remember it before everything in the hard drive gets permanently erased if he types the wrong password again.

Tropes that applies to Cole's story

Tropes that applies to Molly's story

Owen sings how he regrets taking his precious family moments for granted.

Owen sings how he regrets taking his precious family moments for granted.