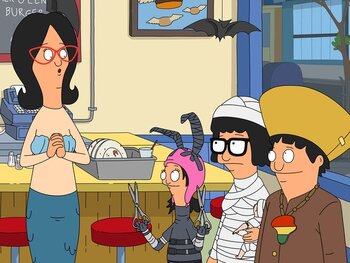 Louise, Tina and Gene go to a rich people's neighborhood to trick or treat, but get caught up in the "Hell Hunt", a tradition of older kids to pick on and prank the younger ones.
Advertisement: