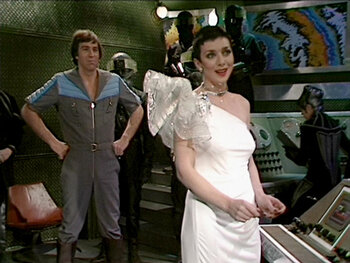 A former Federation officer called Jarvik boasts to Servalan that he can capture the Liberator, whose crew are planning to steal a shipment of valuable crystals from the planet Kairos.