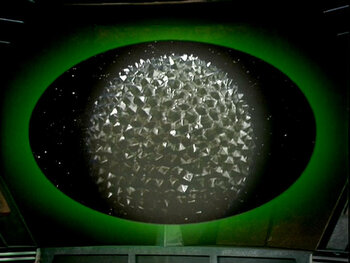 The Liberator encounters an artificial planet that turns out to be a vast computer system. When Cally teleports across to it without explanation the crew have to rescue her.