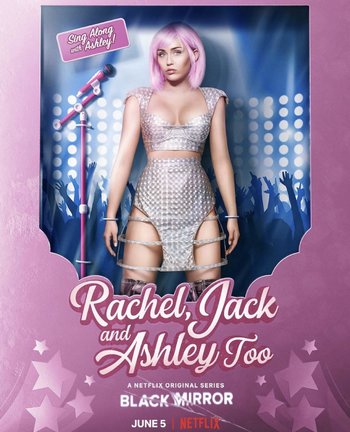 "Now you can be best friends with your favorite pop star."
"It feels like I'm wearing someone else's skin."
— Ashley O
Advertisement:

A lonely teenager yearns to connect with her favorite pop star - whose charmed existence isn't quite as rosy as it appears...

...or in other words, the one where Miley Cyrus spends an hour on Charlie Brooker's psychatrist's couch.

Tropes related to Rachel, Jack and Ashley Too: