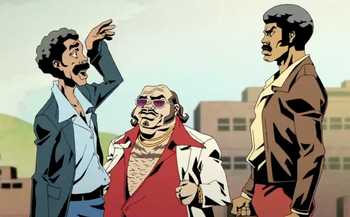 Don't leave me hanging, brah!
Upon discovering he owes the IRS $60,000 in taxes, Black Dynamite decides to take on a job that he will soon regret, escorting a drug-addled and emotionally unstable Richard Pryor to the comedy performance on the sunset strip of his career.