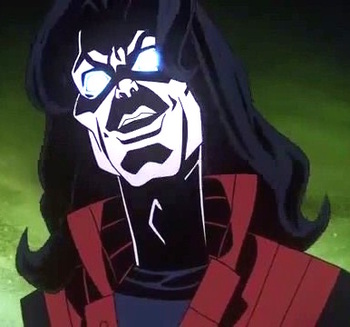 He he he!
After Cream Corn saves young Michael Jackson from an assassination attempt (while not helping Black Dynamite and the gang fight a troupe of black ninjas), he and the pint-sized pop star become good friends. However, once Michael gets on Black Dynamite's nerves, Cream Corn leaves, only to be subjected to the physical abuse of Jackson, who they all discover is actually an alien trying to take over the world.